Maple West situated in Chell, Stoke-on-Trent, was the third and final scheme to be delivered as part of the £55m Stoke-On-Trent Extra Care PFI project. The contract to build, finance and operate the villages over a 25 year period in partnership with Stoke-on-Trent Council was awarded to the Sapphire Consortium, which included the Eric Wright Group who worked collaboratively with Seddon Construction to utilise a local labour force to boost the local economy.

Our building and energy modelling team provided complex thermal comfort modelling in addition to energy in use predictions, Part L compliance and the production of SAPs. The client required internal overheating to be limited to no more than 2 degC above the ambient temperature when the ambient temperature exceeded 21 DegC. This required extensive modelling, revising of the thermal envelope design, and building services strategy until compliance was eventually demonstrated.

A further challenge for this project was the requirement to achieve a BREEAM rating of ‘Very Good’, which required the carbon reduction of the building to be reduced by a minimum of 25%. To achieve this our building & energy modelling team undertook a detailed LZC feasibility study and building and energy modelling to determine the optimum design solution. The report identified the most economical way to comply with the carbon reduction targets with a solution that maximises passive design, maximises the use of free cooling and passive solar gain, with heating and electricity generated from large scale CHP machines together with large scale PV solar arrays to generate additional electricity.

The communal areas of this project i.e. the corridors, hair salon, village hall and restaurant, had a carbon emission reduction of 48.26% which will save over 10 tonnes of carbon annually. The domestic areas will save 4 tonnes of carbon per annum, giving a total carbon reduction of 14 tonnes annually. To achieve such a carbon reduction, we advised on the thermal performance of the building envelope and specified large scale CHP machines, large scale PV panels and highly efficient MEP systems. 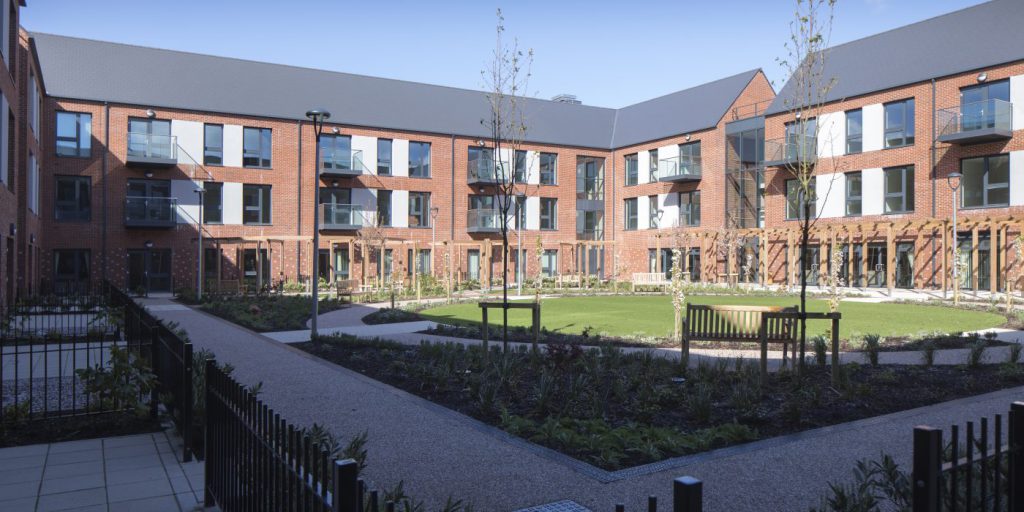